“Keep on doing the things that you have learned and received and heard and seen in me, and the God of peace will be with you…I can do all things through Christ who strengthens me.”

Each week as I record my parts of the worship service in the sanctuary, I wonder how much longer I will be sharing worship only in the virtual world. And then I think of Mr. Rogers, who was part of the virtual world long before the term ‘virtual’ was coined. For 33 years from 1968-2001, Mr. Rogers looked into a camera lens and connected with his ‘congregation’ of young children as he filmed each episode of his television series Mr. Rogers’ Neighborhood.

Each show started out the same, with Mr. Rogers entering his television house and then looking directly into the camera, he would sing his song and put on his red cardigan sweater and blue sneakers. Mr. Rogers, an ordained Presbyterian minister, made his viewers feel comfortable and welcomed by speaking directly to them.

While Mr. Rogers interacted with his regular neighbors like Mr. McFeely, Officer Clemmons and Lady Aderlin and welcomed special guest to each show, the primary connection to young children was through the camera lens and into the virtual world. I wonder if that ever got difficult for Mr. Rogers?

In some of his writings, Mr. Rogers said, “Some days, doing the best we can may still fall short of what we would like to be able to do, but life isn’t perfect on any front and doing what we can with what we have is the most we should expect of ourselves or anyone else.”

I do long for the day when we can safely return to gathering in our sanctuary for worship. But, in the meantime, I will learn from those like Mr. Rogers, who opened a path into the virtual world. I am thankful for technology and for those who know how to use it effectively to allow us to continue to worship wherever we are gathered.

May we continue to be grateful for the strength of Christ and the promise of God’s peace that is with us in all things. 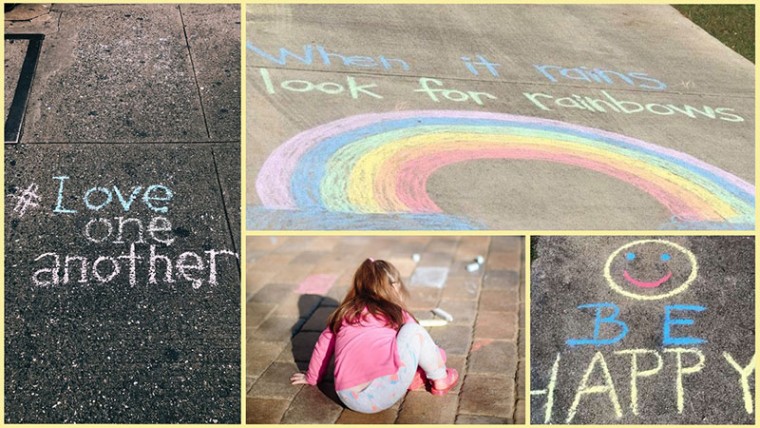