“The heavens declare the glory of God, and the sky above proclaims God’s handiwork.”
Psalm 19:1

I find the rhythms of the seasons and the universe amazing; whether it is the changing of the seasons, or a sunrise or sunset, or when you can pick out stars and constellations in the night sky.

Perhaps you have had the opportunity to see or learn about the comet Neowise, which was discovered in March by astronomers using the Neowise space telescope. I drove away from the city lights one night last week and was able to see the comet in the sky. I did not have binoculars or a telescope, but even with the bare eye, it was still fascinating.

Astronomers say that this is the brightest comet to be seen from earth in 20 years. If you look North in the night sky and find the Big Dipper, the comet is down from the cup of the Big Dipper toward the horizon. It looks like a fuzzy star with a tail.

I found it interesting to learn that a comet is really a frozen chunk of water and dust. And this Neowise comet is a huge chunk. It is estimated to be three miles across and holds 13 million Olympic-size pools worth of frozen water! That’s hard to even imagine. The tail is formed by sunlight reflecting off gasses and dust. I also learned that this comet is passing through space at 144,000 miles per hour…that’s 40 miles per second, but it poses no threat to the earth. And, scientist say that a comet like Neowise won’t be seen again for another 6,800 years! If you want to learn more about the comet, go to www.space.com and find all sorts of fun facts.

All of this is a big ‘Wow’ to think about! But then when we realize that even the Psalmist wrote that, “The heavens declare the glory of God, and the sky above proclaims God’s handiwork,” we know that God and God’s handiwork has always been a big ‘Wow.’

Sightings like the comet Neowise make us realize that God is still creating and still calling it “good.” May we allow God to continue to ‘Wow’ us and lead us into a place of gratitude for all that God has done and is doing in our lives and in life, the world and the universe around us. 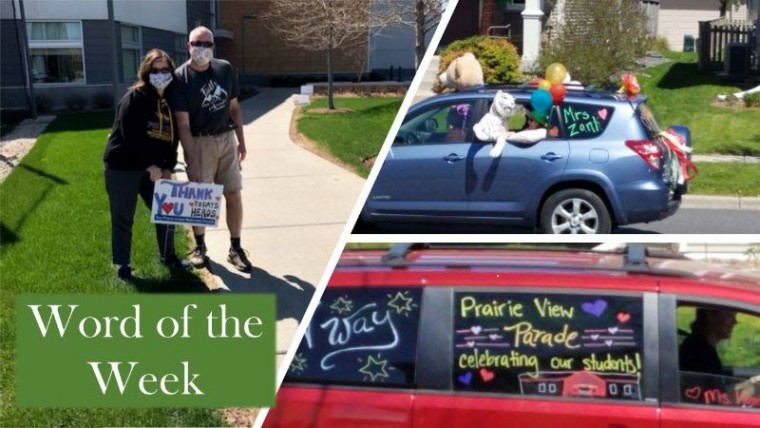